How to Pronounce mark?

What are the misspellings for mark?

Mark is typically used to signify something significant. It is often used to indicate a change in subject or to refer back to something previously mentioned. In writing, it is often used to mark the beginning of a new paragraph. In school, it is used to mark a text passage for reference or note-taking. It can also be used to make diagrams and illustrations easier to understand.

In sports, a mark is used to indicate the location or territory of a player. Marking an opponent is a common strategy used to limit their movement and control the playing field.

What are similar-sounding words for mark?

Usage over time for mark:

This graph shows how "mark" have occurred between 1800 and 2008 in a corpus of English books.

16 words made out of letters MARK 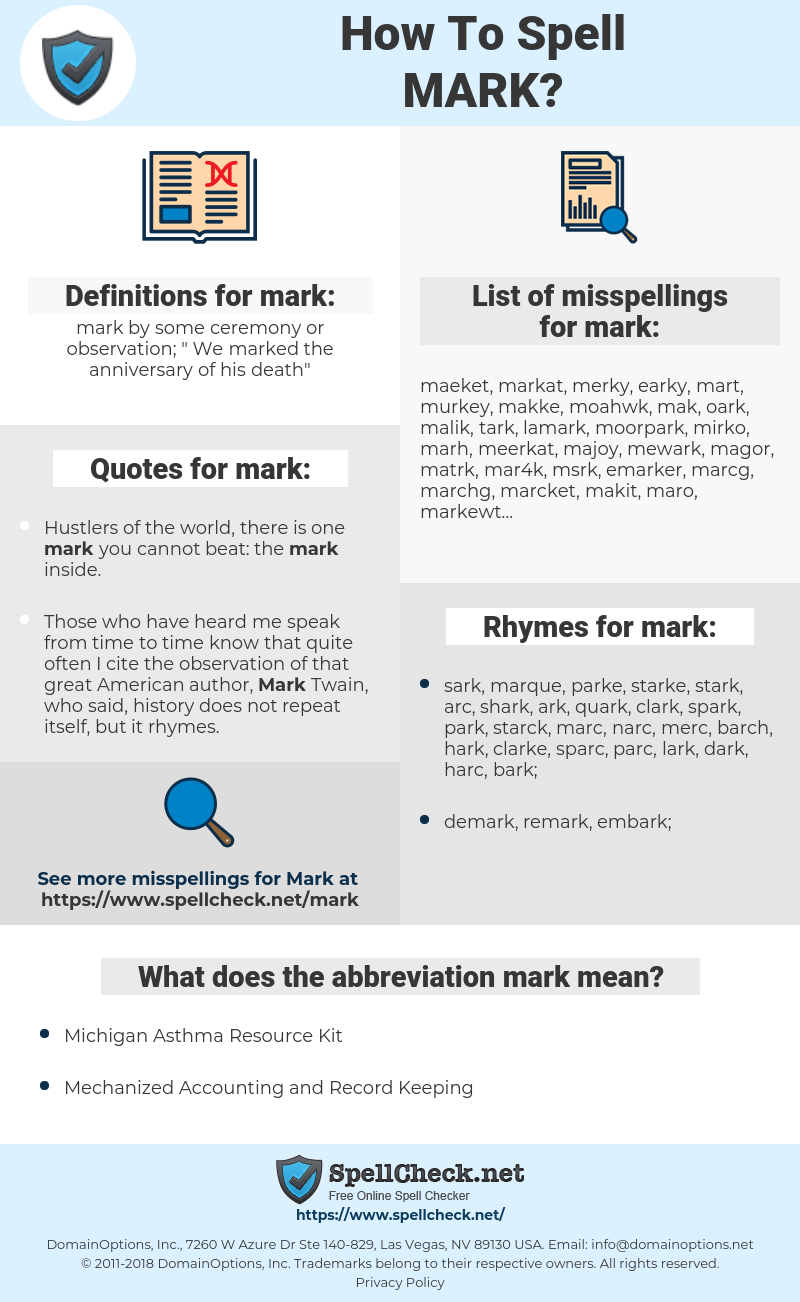