How to Pronounce mince?

What are the misspellings for mince?

Mince is a finely chopped form of meat that originates from the French word mincir, which means 'to make thinner'. It is often used in recipes as a filling or as an ingredient in a dish. It can also be used in pies, stews and casseroles. Variety of meats such as beef, pork, turkey, chicken, mutton and game can be used to make mince.

Many people prefer to make their own mince by mincing their own meats. This can be done by using a food processor, grinder or manual mince r.

What are similar-sounding words for mince?

Usage over time for mince:

This graph shows how "mince" have occurred between 1800 and 2008 in a corpus of English books.

21 words made out of letters MINCE 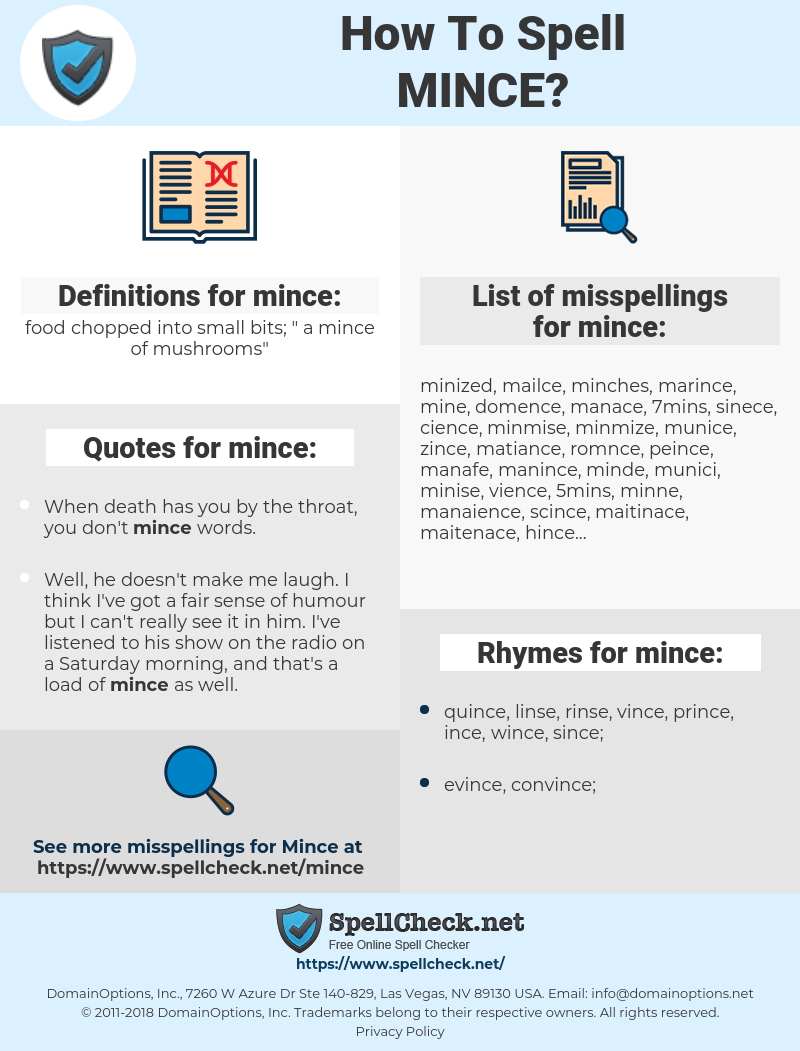