How to Pronounce minuet?

What are the misspellings for minuet?

The minuet is a graceful and elegant member of the Baroque repertoire. It is a court dance in triple meter with a moderate tempo. The minuet originated in France in the late 17th century and ultimately became one of the most popular of all dances. It was typically performed in two sections (pairing minuet and echo) with a male and female pair, each dancing the same steps in the same direction. The pattern is based on the Light Allemande turning to the left.

The minuet was presented most often as part of a suite of dances in an entertainment program.

What are similar-sounding words for minuet?

Usage over time for minuet:

This graph shows how "minuet" have occurred between 1800 and 2008 in a corpus of English books.

80 words made out of letters MINUET 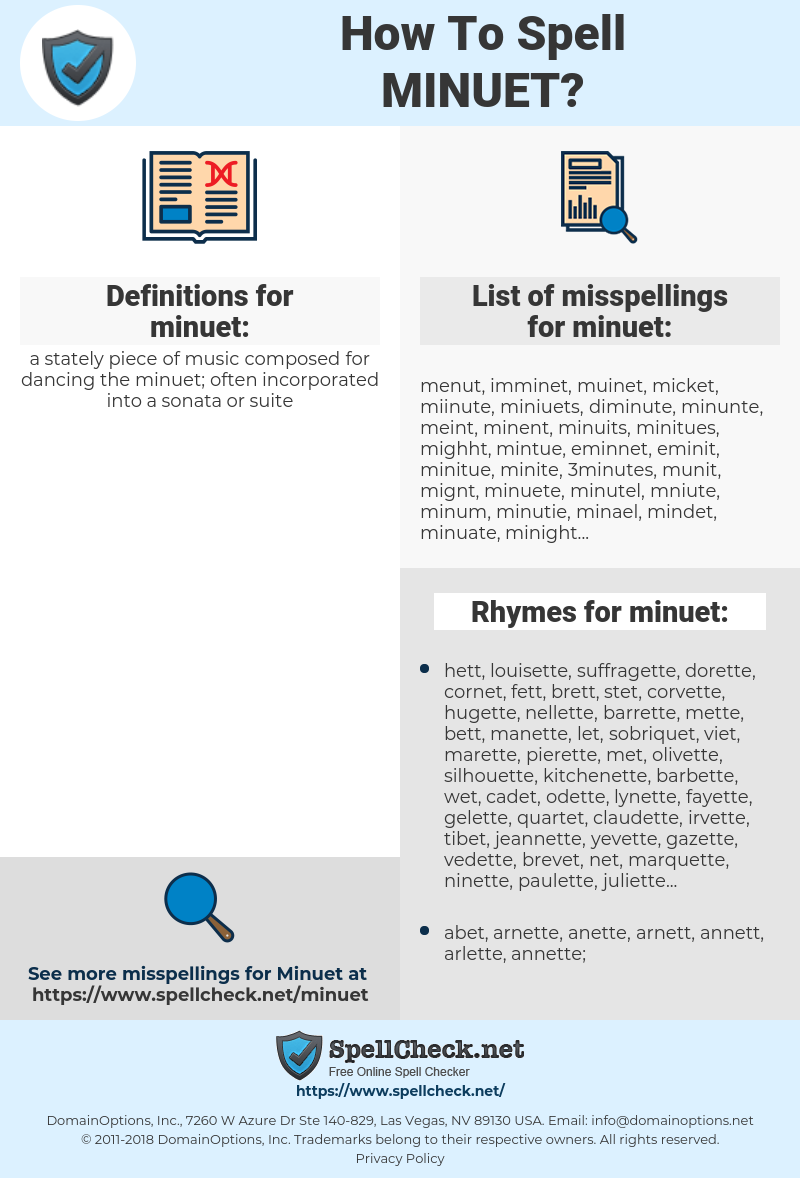