How to Pronounce trap?

What are the misspellings for trap?

Trap music is a subgenre of hip-hop that originated in the early 2000s in the Southern United States. It is characterized by often hard, distorted 808 drum patterns, double-time hi-hats, triplet hi-hats, layered synthesizers, and sampled voices. Trap music often pairs dark and aggressive lyrical content with a heavy, booming beat. Trap music has become popular all over the world and many different interpretations of the genre have developed. The most notable examples include trap-influenced genres such as trap-metal, trap-rock, trap-pop, and more.

What are similar-sounding words for trap?

Usage over time for trap:

This graph shows how "trap" have occurred between 1800 and 2008 in a corpus of English books.

23 words made out of letters TRAP 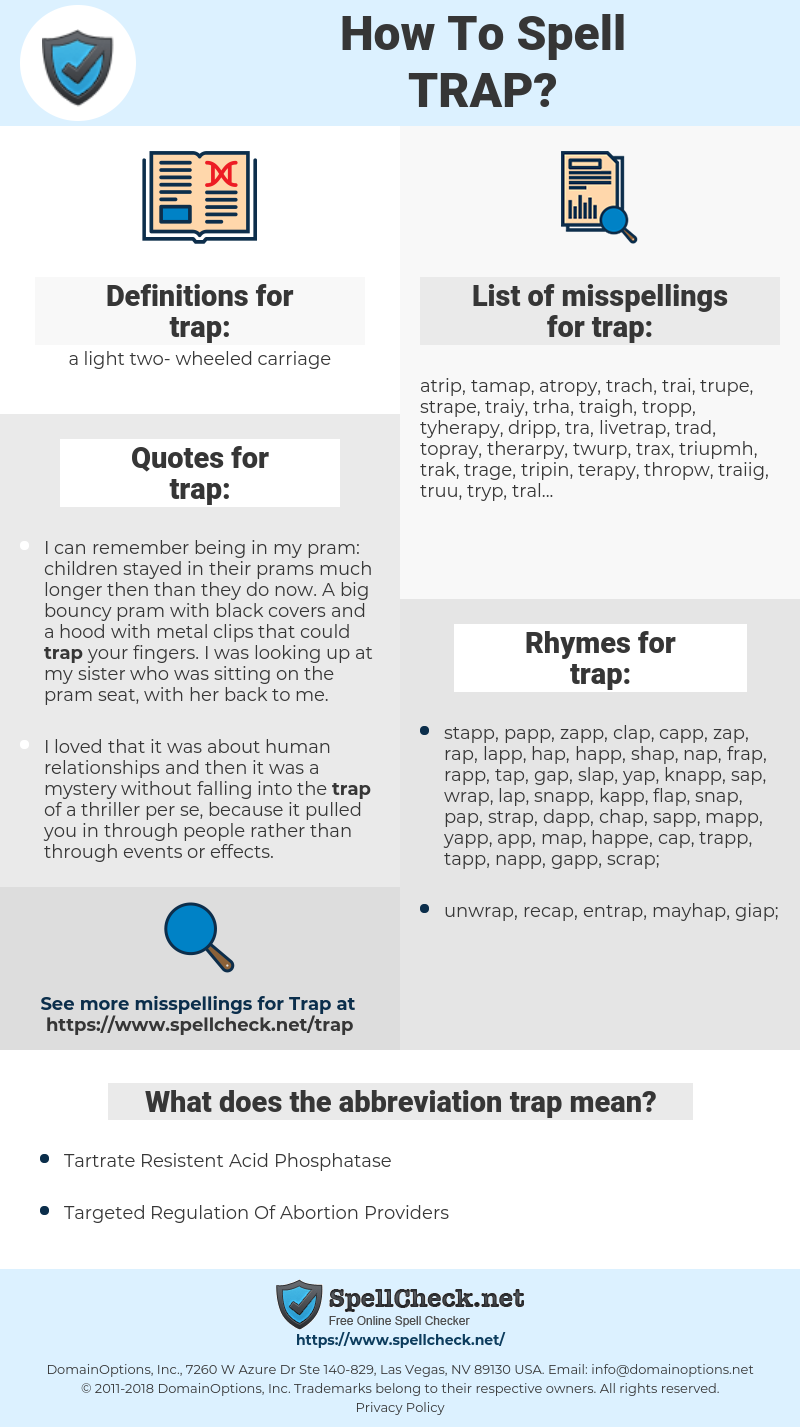