How to Pronounce worm?

Worms are elongated, slimy creatures that are often thought of as pests. Though traditionally associated with dirt and feces, worms are actually vital to the health of the soil and are environmentally essential to our planet.They come in many varieties and each serves a different purpose in the composting, fertilizer process.

Worms are segmented invertebrates with soft, cylindrical bodies. They have no backbone and rely on their bodies' specific set of muscles to move. Worms have a double layer of skin, instead of the usual three layers, known as a "cuticle.

What are similar-sounding words for worm?

Usage over time for worm:

This graph shows how "worm" have occurred between 1800 and 2008 in a corpus of English books.

11 words made out of letters WORM 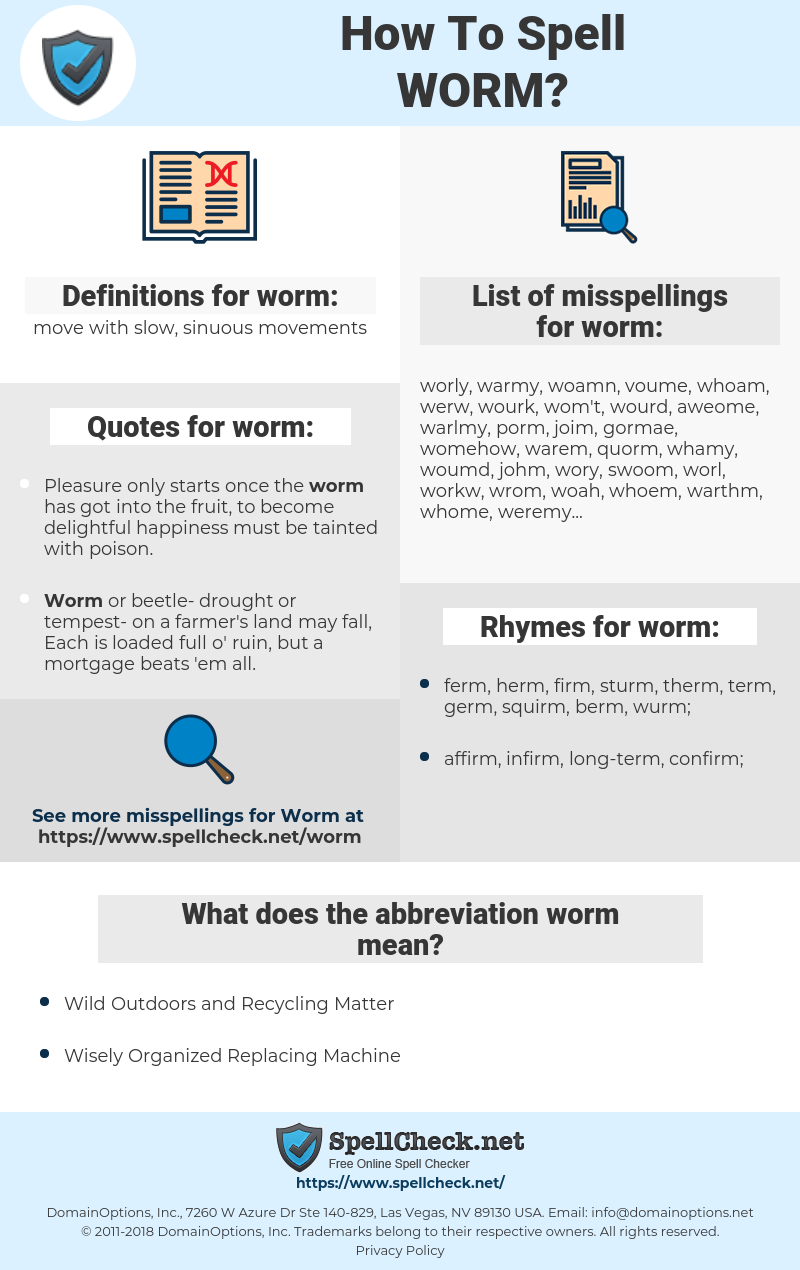