How to Pronounce coo?

What are the misspellings for coo?

Coo refers to the sound made by certain birds, such as doves, pigeons, and cuckoos. It is also used as an expression of affection, specifically from mothers to their offspring, but it can also be used between friends and romantic partners. The sound of cooing is considered to be calming and has been scientifically proven to reduce stress in both birds and humans. For this reason, some people may choose to listen to recordings of birds cooing as a way to help them relax. Additionally, the sound may be used in a variety of settings, such as in a nursery or a spa.

What are similar-sounding words for coo?

Usage over time for coo:

This graph shows how "coo" have occurred between 1800 and 2008 in a corpus of English books.

2 words made out of letters COO 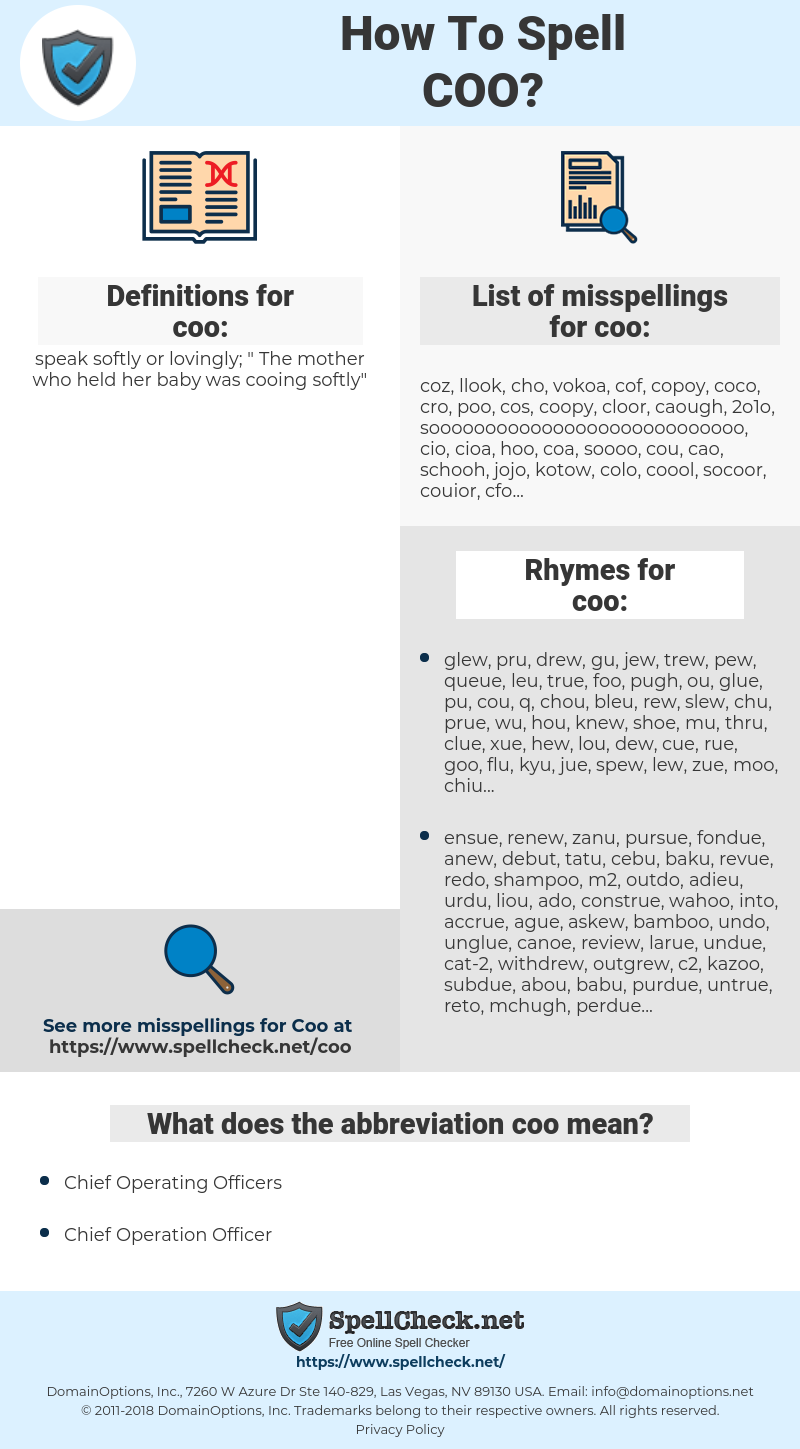