How to Pronounce deity?

What are the misspellings for deity?

Deity is a word that is used to describe any divine or supernatural being such as a god, goddess, spirit, or any other supernatural or divine entity. In many cultures, deities are worshiped and believed to have certain powers to control nature and the life/afterlife of human beings. Deities are often thought of as deities of justice, love, fertility, war, and plenty more. In different cultures, deities can also be seen as protectors, guardians, and helpers.

The world religions such as Christianity, Islam, and Hinduism all have their own set of deities and belief systems.

Usage over time for deity:

This graph shows how "deity" have occurred between 1800 and 2008 in a corpus of English books.

23 words made out of letters DEITY 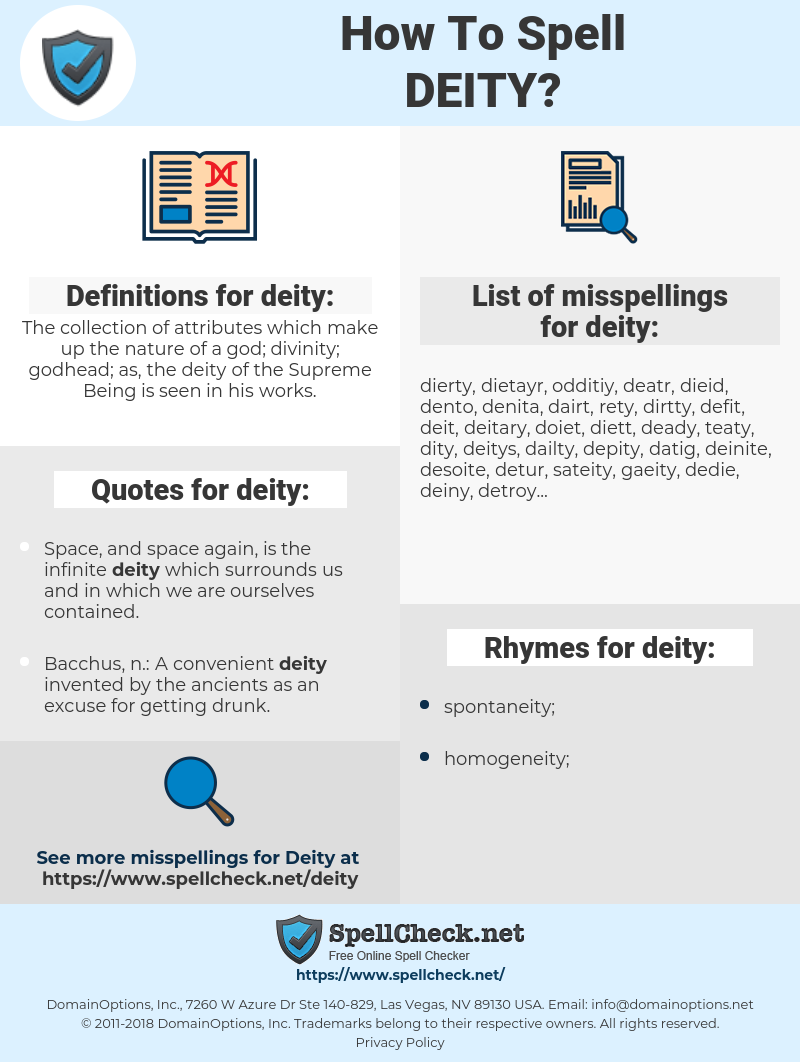