How to Pronounce disney?

What are the misspellings for disney?

Disney is one of the biggest entertainment companies in the world. Founded by Walt and Roy Disney, the company is known for its iconic animated films and its theme parks located around the world. Disney is also known for its global influence in popular culture, specifically in animation, music, and cinema. Disney is known for creating timeless classic films featuring beloved characters such as Mickey Mouse, Belle and the Beast, and Simba and The Lion King. Off the big screen, Disney is an innovator in the theme park industry, with parks like Disneyland and Disney World drawing in millions of visitors every year.

Usage over time for disney:

This graph shows how "disney" have occurred between 1800 and 2008 in a corpus of English books.

68 words made out of letters DISNEY 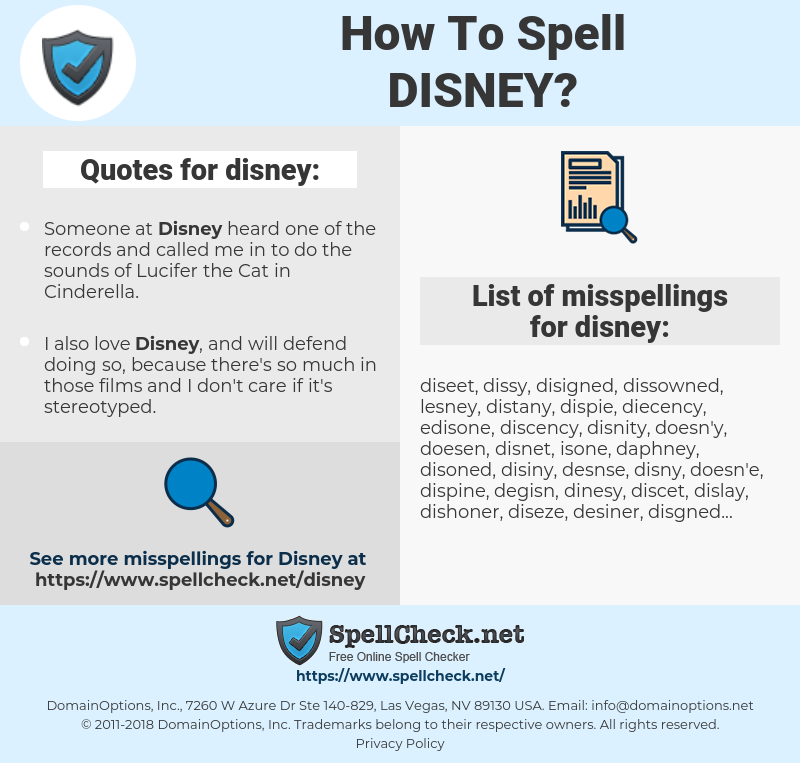