How to Pronounce erect?

What are the misspellings for erect?

The term erect relates to an upright, vertical or raised position. Erections typically occur in male and female humans and animals, and involve the swelling and hardening of tissues in the genitals. In humans, an erect penis and clitoris are the main indicators of sexual excitement. Erections can also occur in other parts of the body, such as the nipples, during sexual arousal. Erect posture is seen as indicating alertness, readiness and strength. The word "erect" has also been used to describe the placing of a monument or building in an erect position.

Usage over time for erect:

This graph shows how "erect" have occurred between 1800 and 2008 in a corpus of English books.

26 words made out of letters ERECT 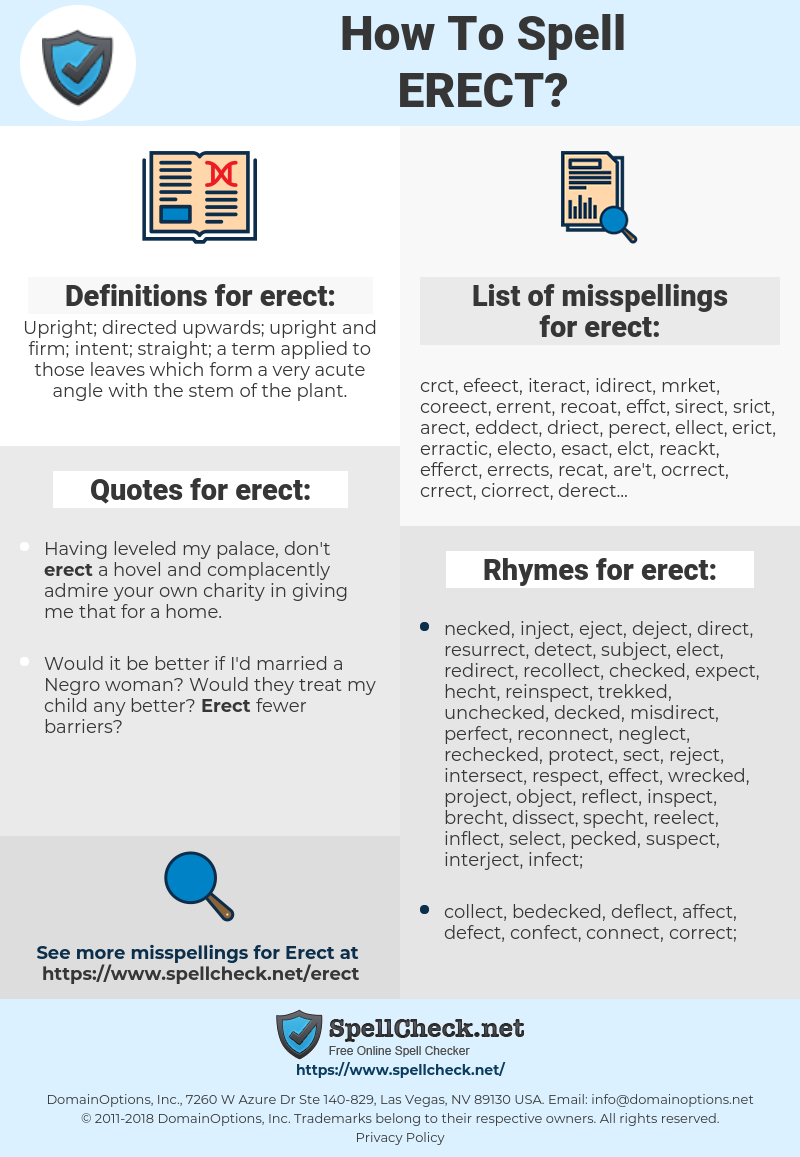