How to Pronounce fad?

What are the misspellings for fad?

A fad is a popular trend that gains momentum and is passed on by word of mouth. It is typically followed by a certain demographic, such as teenagers, and is often seen as a symbol of being in the loop and on trend. Fads come and go in waves, and are often out of favour after a certain period of time, replaced by something else. A few examples of popular fads are fanny packs, scooters, and hula hooping.

Fads tend to grab attention and spike in popularity, making them attractive to marketers.

What are similar-sounding words for fad?

Usage over time for fad:

This graph shows how "fad" have occurred between 1800 and 2008 in a corpus of English books.

5 words made out of letters FAD 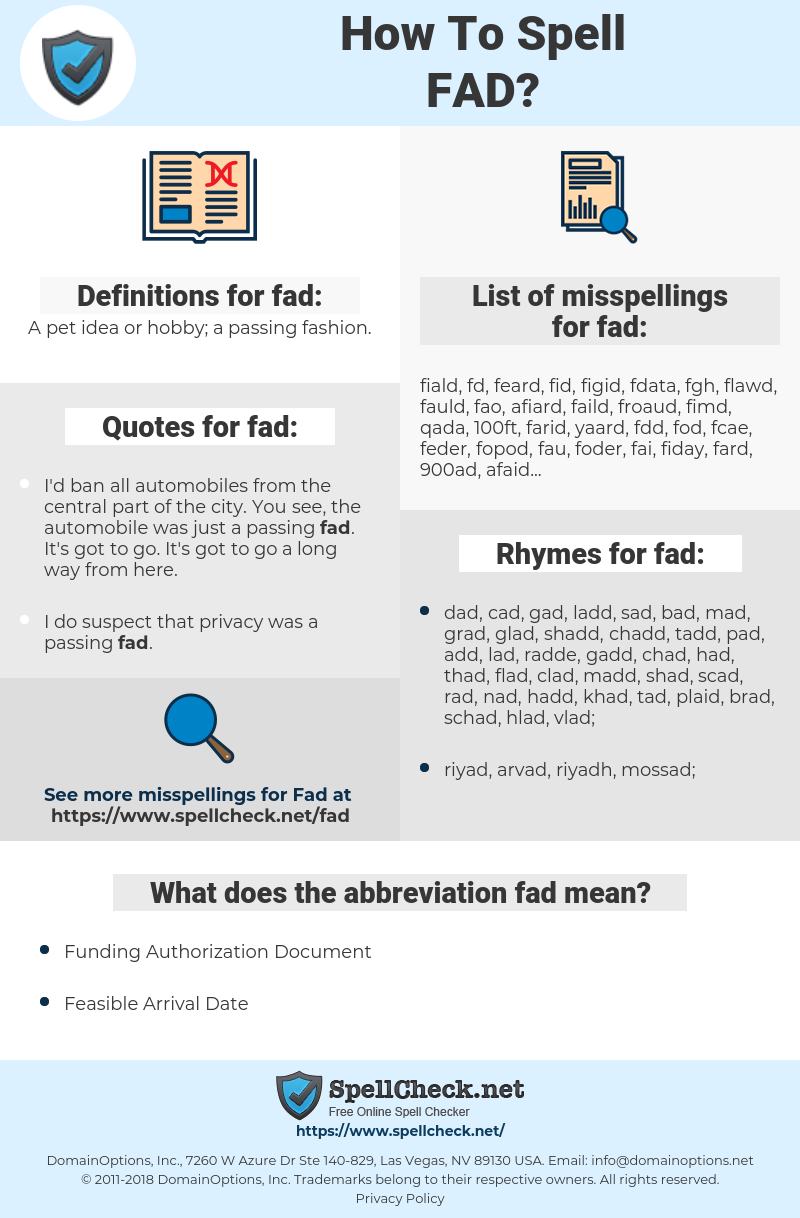