How to Pronounce mad?

What are the misspellings for mad?

Mad is an emotion typically characterized by anger, frustration, and a heightened state of arousal. It is often associated with feelings of rage, and a desire to inflict pain or harm upon others. Mad has been present in human cultures since the dawn of civilization, and it is believed to be an instinctive response to perceived injustice or danger. Mad is often seen in reactions to injury, perceived insults or mistreatment, or a sense of betrayal. It is also very common in social situations, such as when people feel they have been treated unfairly.

In the context of psychology, mad is seen as an emotion that can range from mild annoyance to profound rage.

What are similar-sounding words for mad?

Usage over time for mad:

This graph shows how "mad" have occurred between 1800 and 2008 in a corpus of English books.

9 words made out of letters MAD 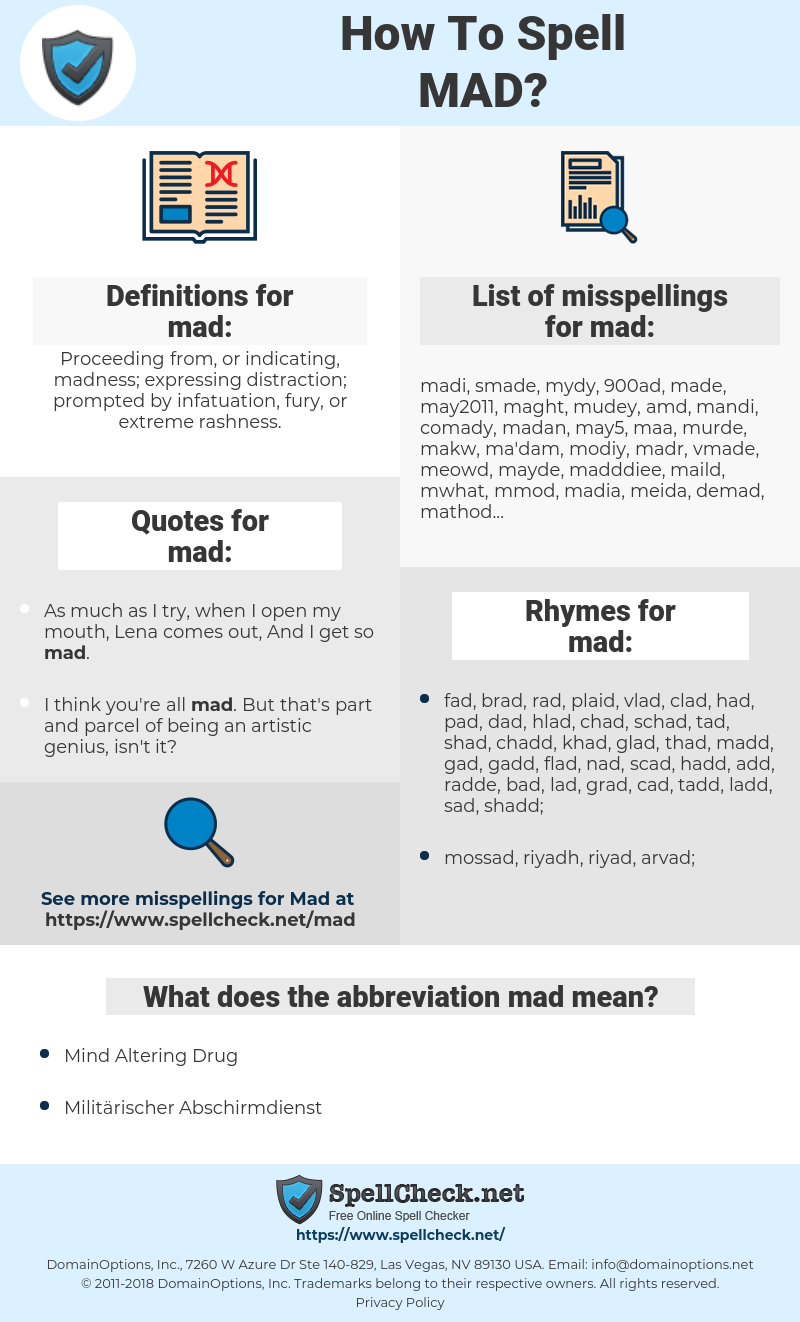