How to Pronounce fate?

What are the misspellings for fate?

Fate, a concept that has been explored for centuries by philosophers, writers and even some of today's popular culture. Fate is best defined as the predetermined outcome of life's events. It can be seen as a result of one's actions and decisions over time, as well as influences from past experiences, culture and beliefs. Fate is often seen as a predetermined course that leads to a particular outcome, with the inevitable being impossible to escape. It is a concept that has inspired many works of literature, music, art and philosophy.

It is often believed that fate cannot be changed and that one's destiny is already written in the stars.

What are similar-sounding words for fate?

Usage over time for fate:

This graph shows how "fate" have occurred between 1800 and 2008 in a corpus of English books.

22 words made out of letters FATE 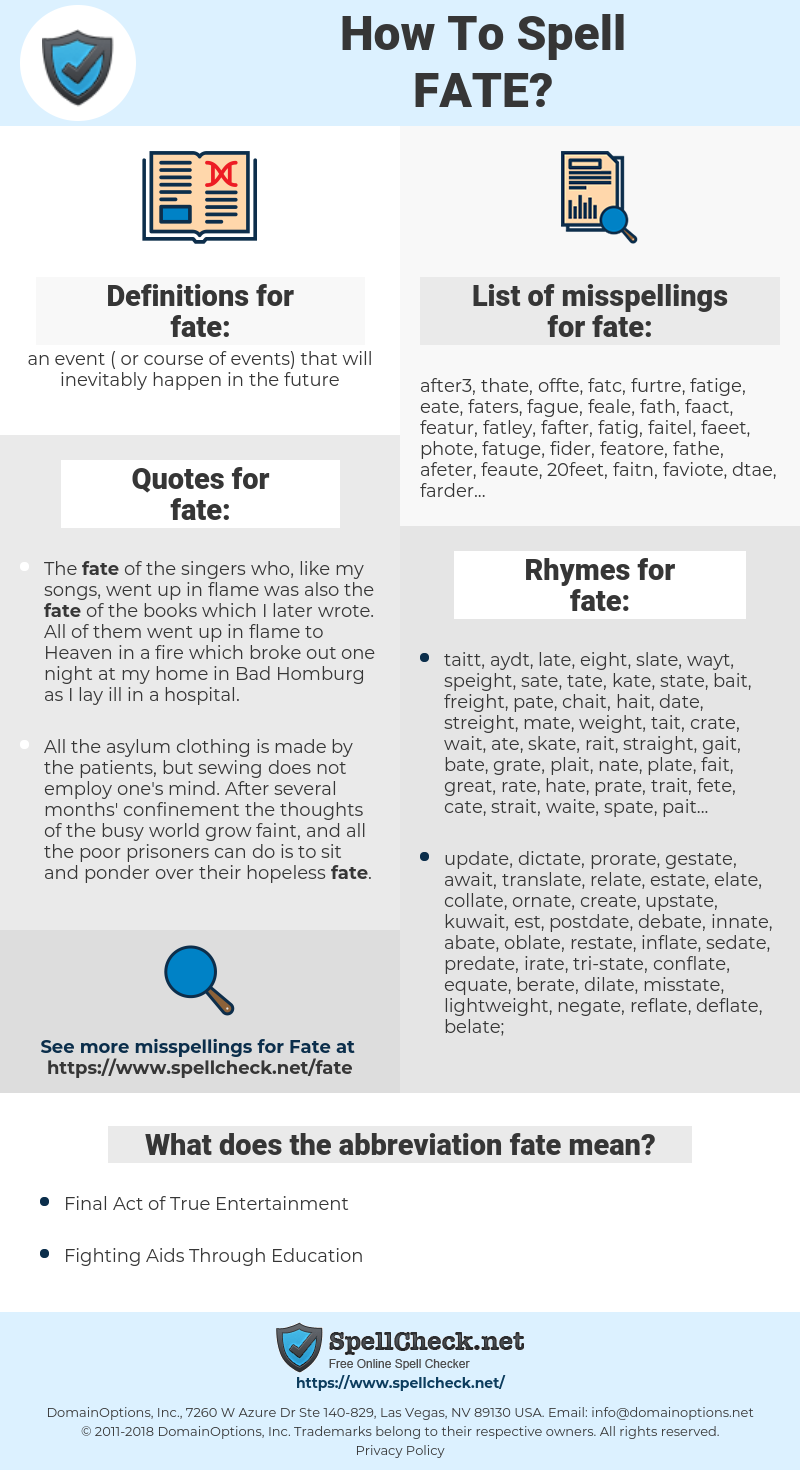