How to Pronounce lax?

What are the misspellings for lax?

Lax is an abbreviation for lacrosse, a sport similar to hockey and combines elements of basketball and netball. The most common version played today is field lacrosse, which is played outdoors on a field with ten players on each team including a goalkeeper. The players use a long-handled racket or lacrosse stick, which has a loose net on the end, to move a rubber ball around the field. The objective is to move the ball into the opposing team's goal.

Many competitive levels of lacrosse exist, from youth leagues to professional leagues.

What are similar-sounding words for lax?

Usage over time for lax:

This graph shows how "lax" have occurred between 1800 and 2008 in a corpus of English books.

6 words made out of letters LAX 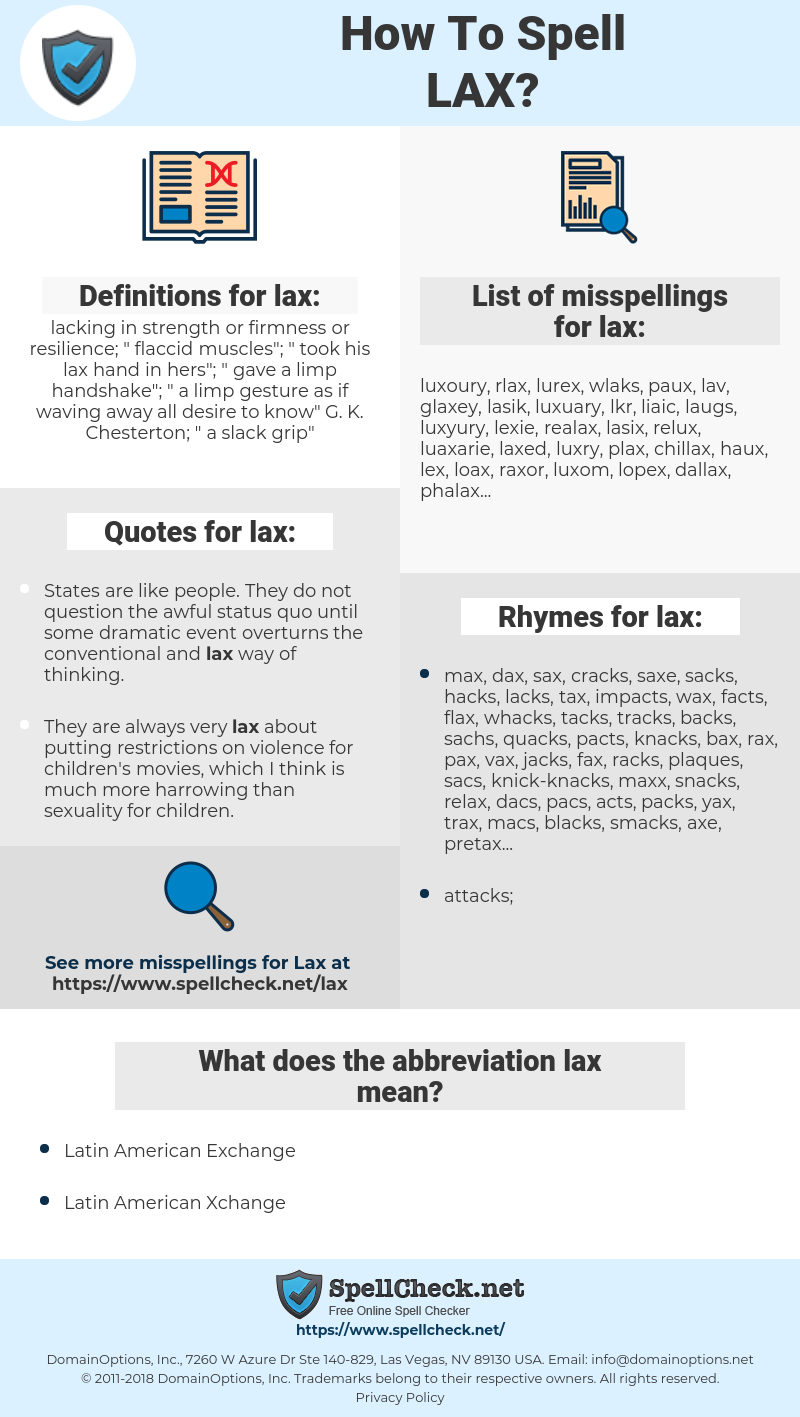