How to Pronounce louder?

What are the misspellings for louder?

Louder can be a general concept, referring to the degree to which a sound, voice, or noise is heard. Many things can make a sound louder. An amplifier boosts the sound to make it louder, while adding a subwoofer can make bass notes louder. Volume control can be adjusted on electronic devices such as radios, televisions, and stereos to make the sound louder. The distance from the sound source affects how loud something is heard; being closer to the sound source will make it louder.

Louder can also refer to people who are more outspoken or loud when talking or expressing opinions.

Usage over time for louder:

This graph shows how "louder" have occurred between 1800 and 2008 in a corpus of English books.

26 words made out of letters LOUDER 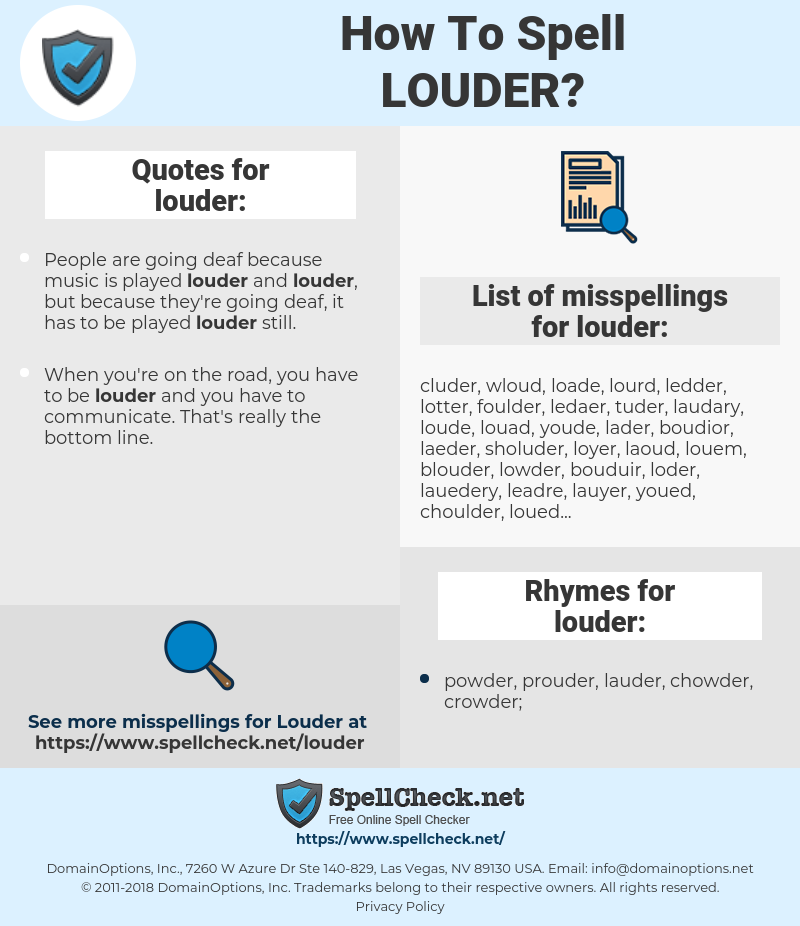