How to Pronounce pom?

What are the misspellings for pom?

Pom is incredibly easy to use, making it perfect for beginner and experienced coders alike. Its syntax is heavily influenced by existing programming languages and it is easy to learn compared to more complex languages.

What are similar-sounding words for pom?

Usage over time for pom:

This graph shows how "pom" have occurred between 1800 and 2008 in a corpus of English books.

6 words made out of letters POM 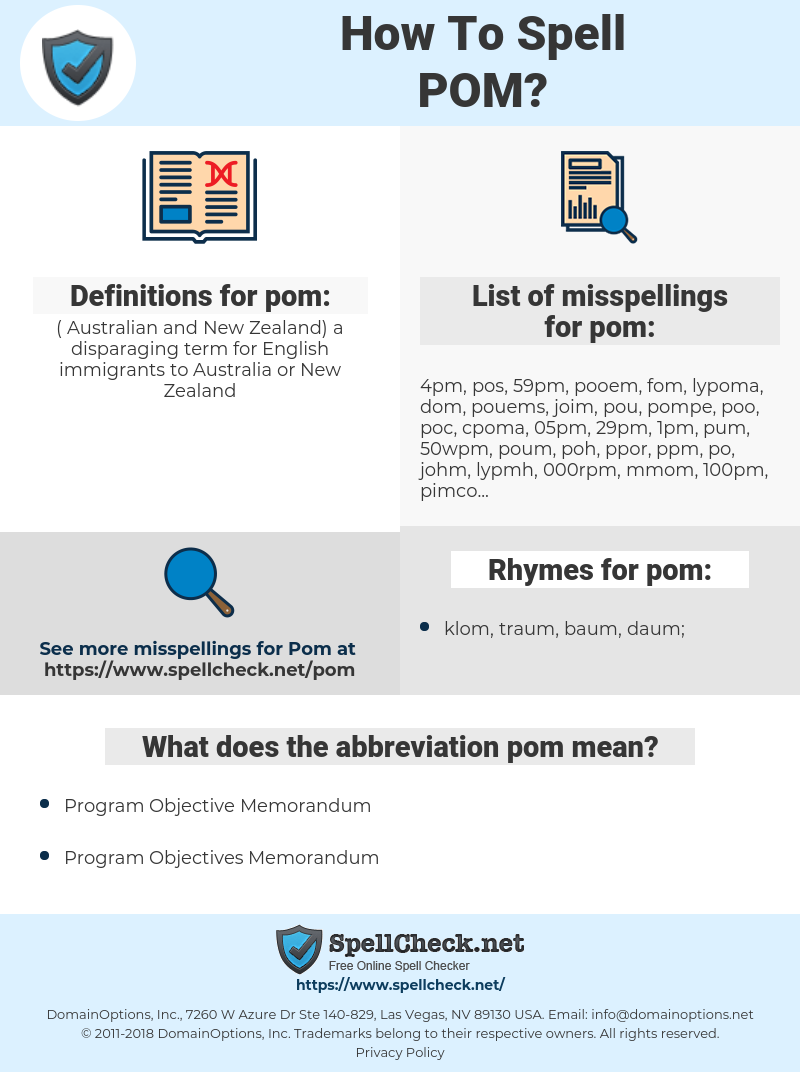