How to Pronounce Sal?

What are the misspellings for Sal?

Sal is a commonly used salutation when greeting someone. It has long been a symbol of respect, homage and affection in many cultures, and is used as a sign of politeness between strangers. Sal is often used in informal conversation between friends and family, especially in the Southern United States.

What are similar-sounding words for Sal?

Usage over time for Sal:

This graph shows how "Sal" have occurred between 1800 and 2008 in a corpus of English books.

8 words made out of letters SAL 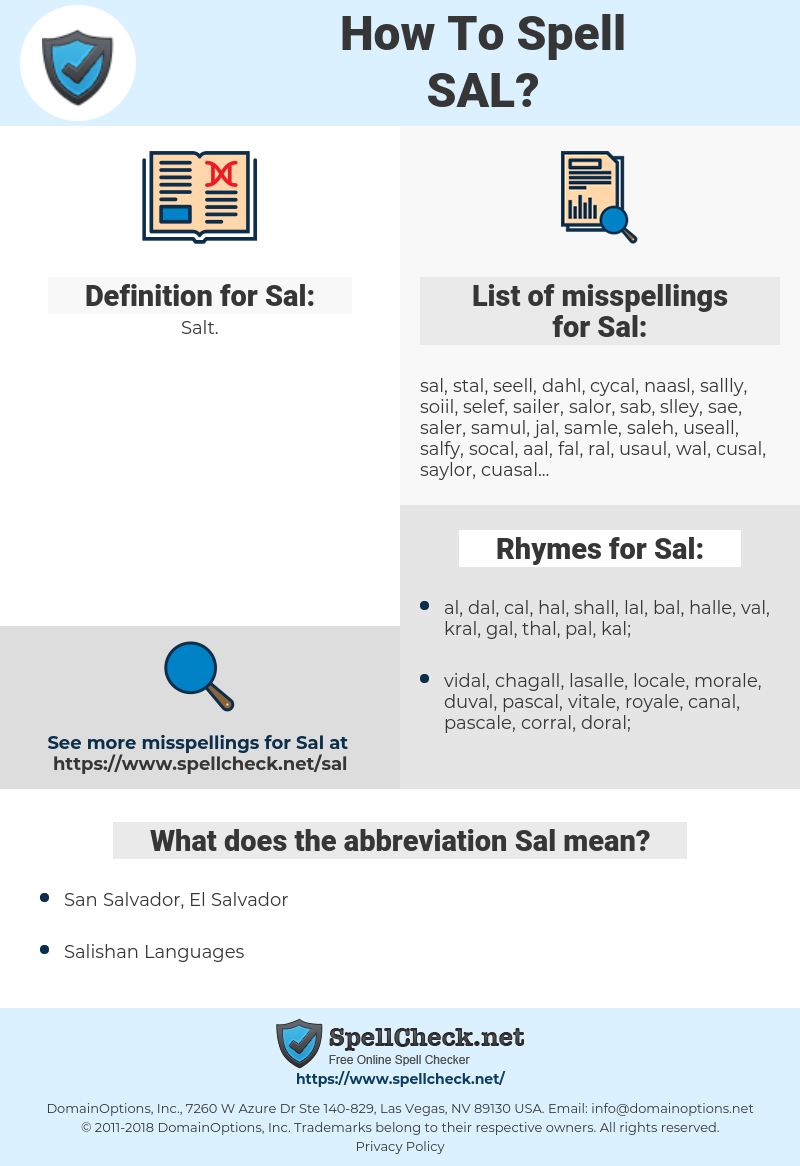