How to Pronounce tack?

What are the misspellings for tack?

Tack is an interesting kind of fastener. Usually, when people think of fasteners, they think of staples, nails, screws, and other staple tools; but tack is often overlooked. Tack is a tool used to join different objects together. It is made of a thin, sharp head and a flat foot. Tack is most often used in upholstery and furniture, as it is able to hold a lot of weight. As tack is not permanent, it can be removed and reused. Tack is great for creating unique designs, as it can be placed in a variety of shapes and configurations.

Usage over time for tack:

This graph shows how "tack" have occurred between 1800 and 2008 in a corpus of English books.

14 words made out of letters TACK 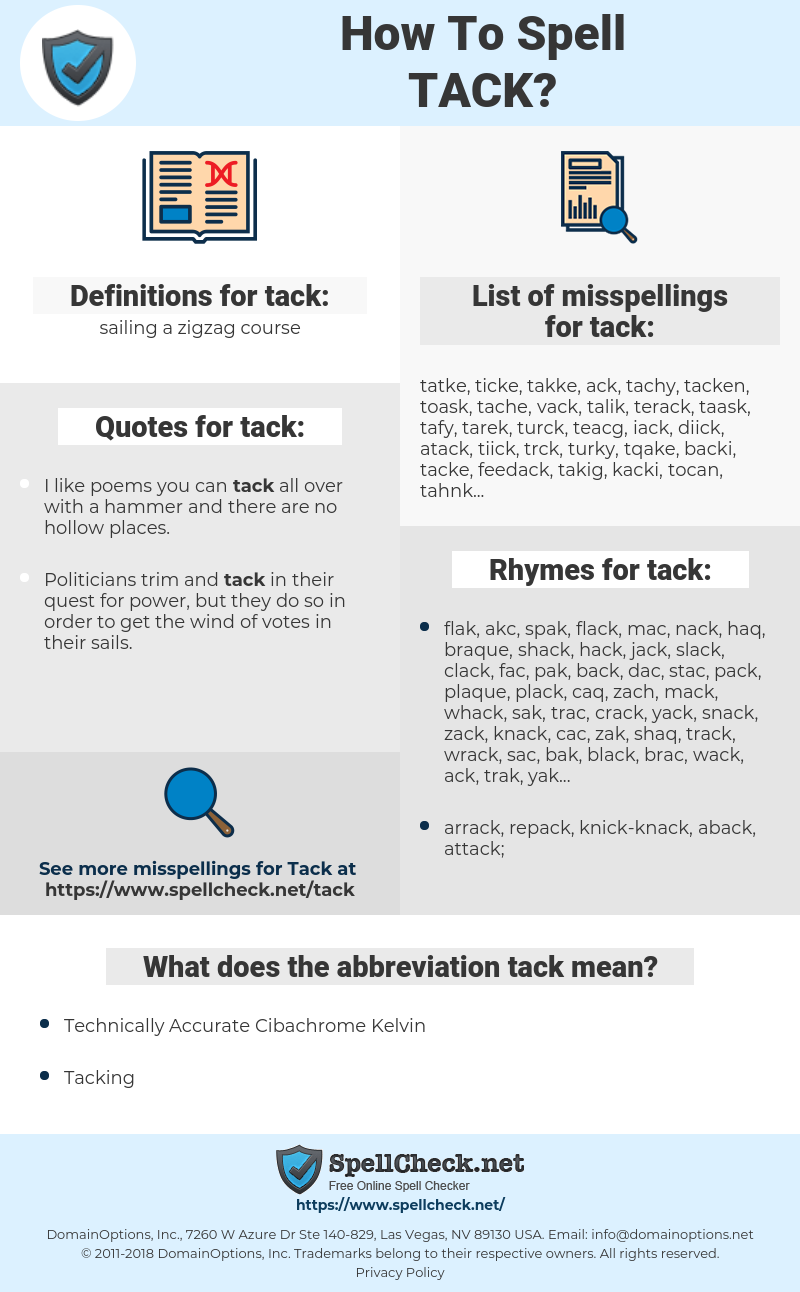