How to Pronounce dick?

What are the misspellings for dick?

Dick is a term that has multiple meanings depending on the context. In slang, it is frequently used as a derogatory word for a person's genitals. It is also a term for an unpleasant or silly individual. This word is of unknown origin, but it was used as early as the 16th century.

The term "dick" is often used in many forms of media such as movies, television, and comics. It is usually used in a negative way either to describe someone who is unpopular or to express displeasure in something.

In broader contexts, Dick can be used as a given name or a surname.

What are similar-sounding words for dick?

Usage over time for dick:

This graph shows how "dick" have occurred between 1800 and 2008 in a corpus of English books.

11 words made out of letters DICK 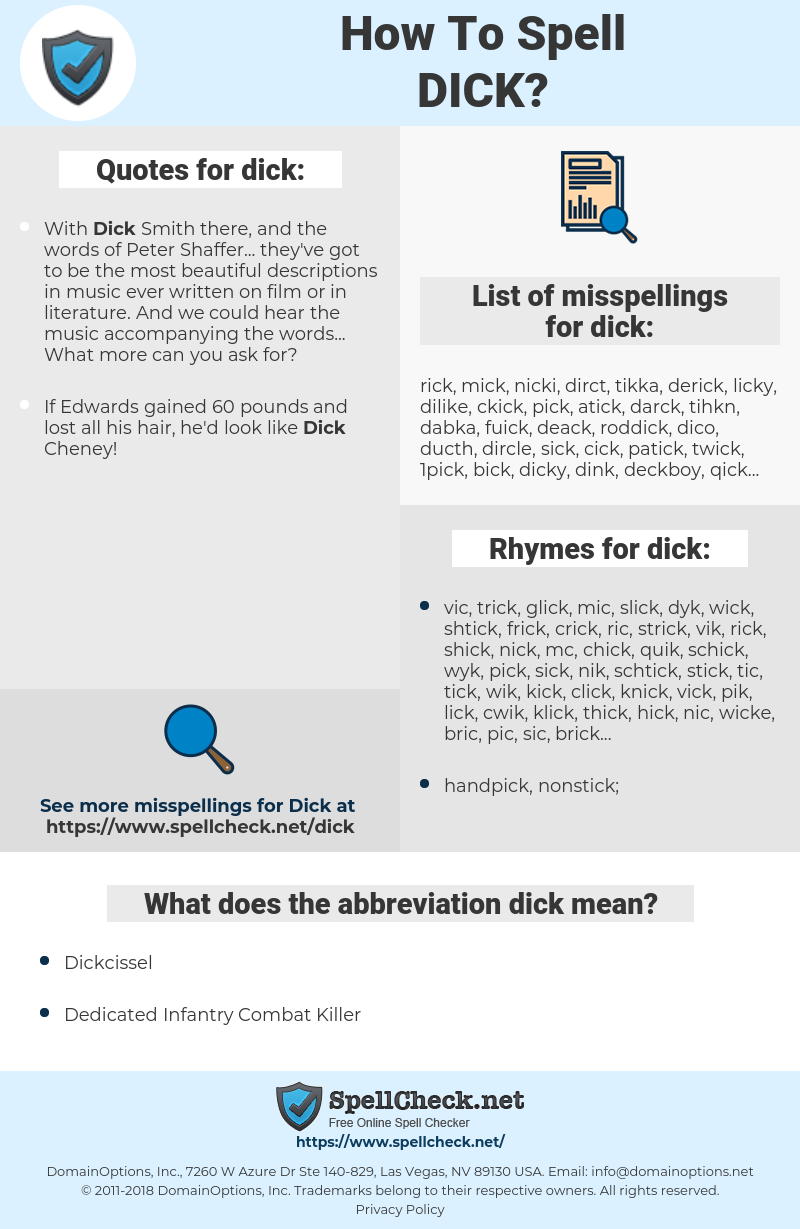