How to Pronounce kiddie?

What are the misspellings for kiddie?

Kiddie is a term that is used widely to refer to a child or children due to their small size and sometimes imitating adult behaviour. It is also used to describe anyone who is very young in age and/or immature in behaviour.

Kiddie comes from the old English word "cild" which means "child". It is often used in a broad way to describe anyone who is young. This term has been used since the 16th century and ever since then, it has become an accepted and beloved way of referring to young people.

Usage over time for kiddie:

This graph shows how "kiddie" have occurred between 1800 and 2008 in a corpus of English books.

5 words made out of letters KIDDIE 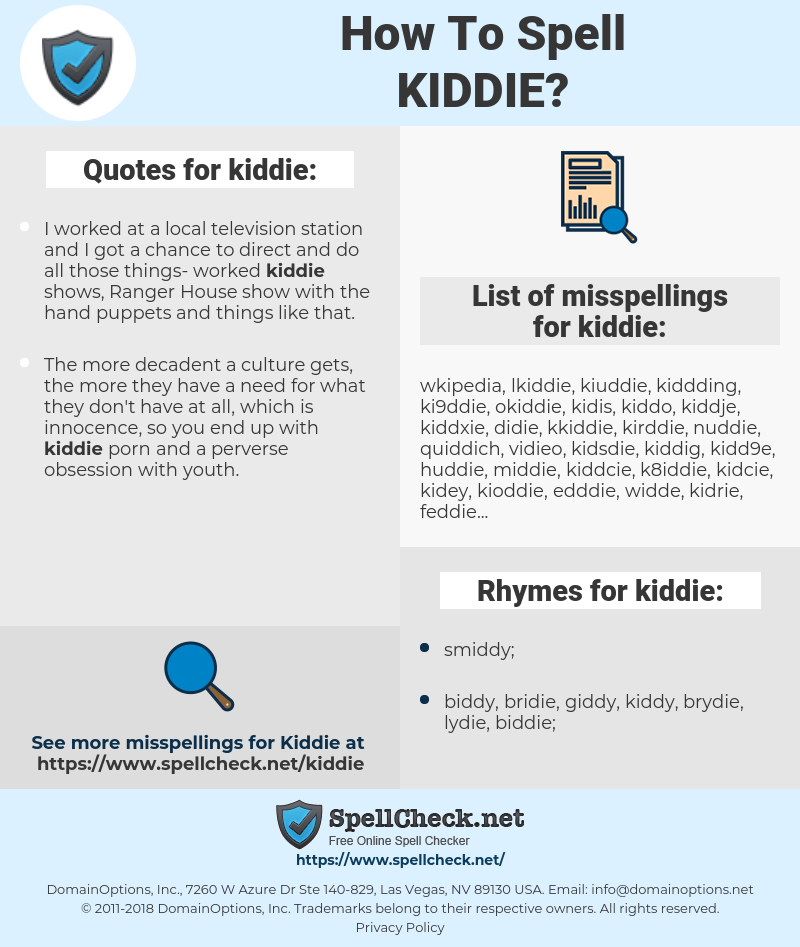