How to Pronounce latter?

What are the misspellings for latter?

The word latter is an adjective used to refer to the second of two persons or things mentioned previously, in contrast to the former. It is commonly used to refer to a second time period or a second portion of items in a list.

The term is often used when referring to items that make up a larger group.

Usage over time for latter:

This graph shows how "latter" have occurred between 1800 and 2008 in a corpus of English books.

72 words made out of letters LATTER 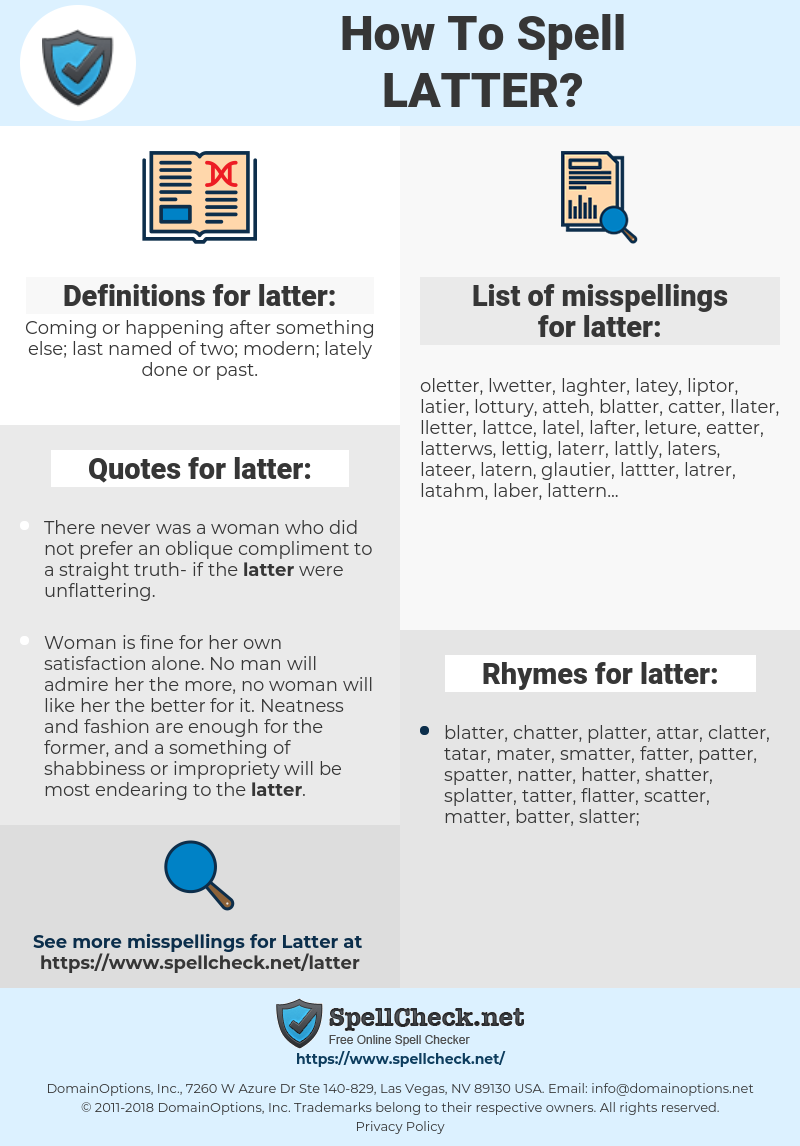