How to Pronounce moon?

What are the misspellings for moon?

The moon is one of the most captivating and recognizable phenomena in the night sky. It has been the source of fascination throughout time, inspiring both curiosity and awe in people all around the world. It has been used to measure time and to mark the seasons, but there is much more to this natural satellite than simply its beauty and familiarity.

The moon is the only celestial object that orbits Earth, and its presence has an effect on the planet's climate and tides. It also has an important role in the way sunlight is reflected to create the lunar phases that are observed each month.

What are similar-sounding words for moon?

Usage over time for moon:

This graph shows how "moon" have occurred between 1800 and 2008 in a corpus of English books.

13 words made out of letters MOON 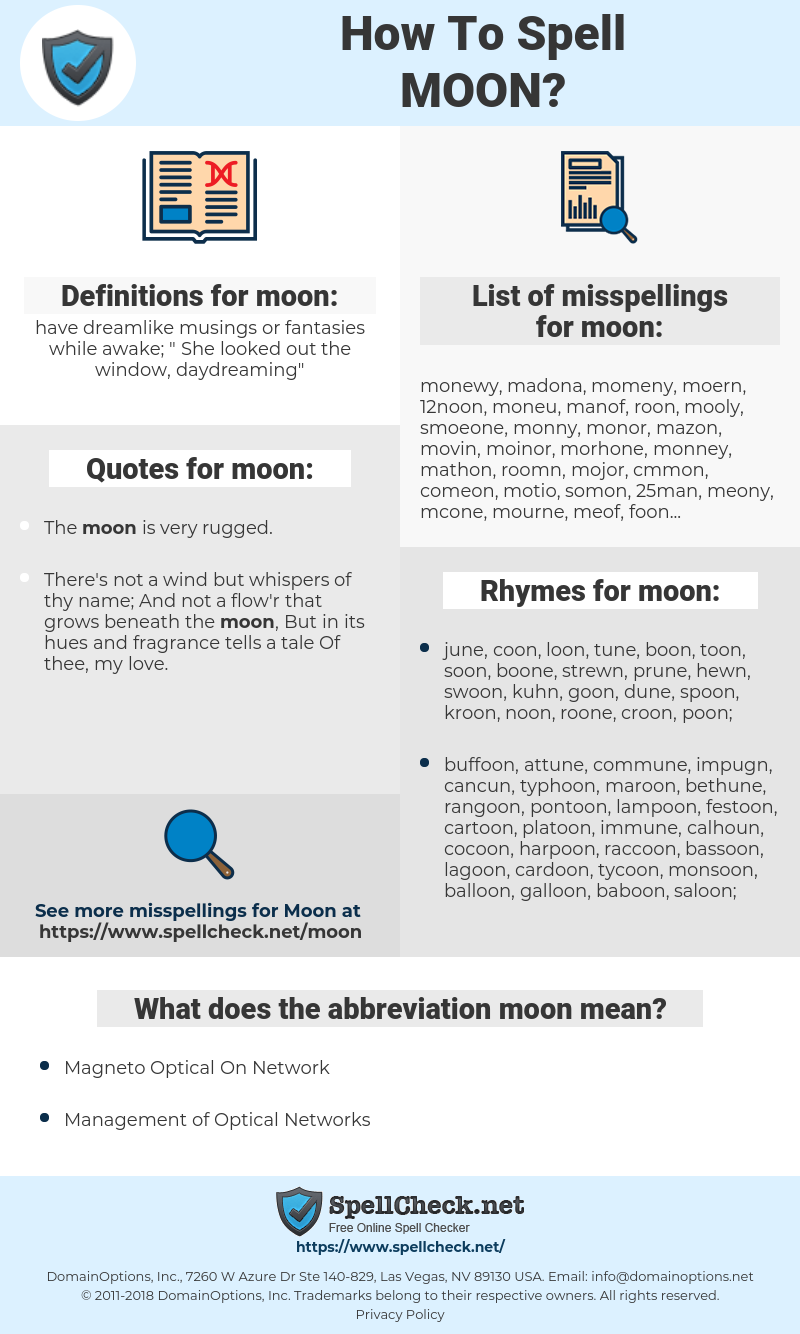