How to Pronounce teal?

What are the misspellings for teal?

Teal is a color, a shade of blue-green. It is one of the oldest colors known to humans. The teal color's name comes from a dark greenish blue color based on the common teal bird. The color was first seen in 17th-century Europe and soon became popular among artists. It was first used in the field of textiles in the 19th century and began appearing in interior design around the mid-20th century.

Teal is commonly associated with trustworthiness, faithfulness, intellect and understanding.

What are similar-sounding words for teal?

Usage over time for teal:

This graph shows how "teal" have occurred between 1800 and 2008 in a corpus of English books.

26 words made out of letters TEAL 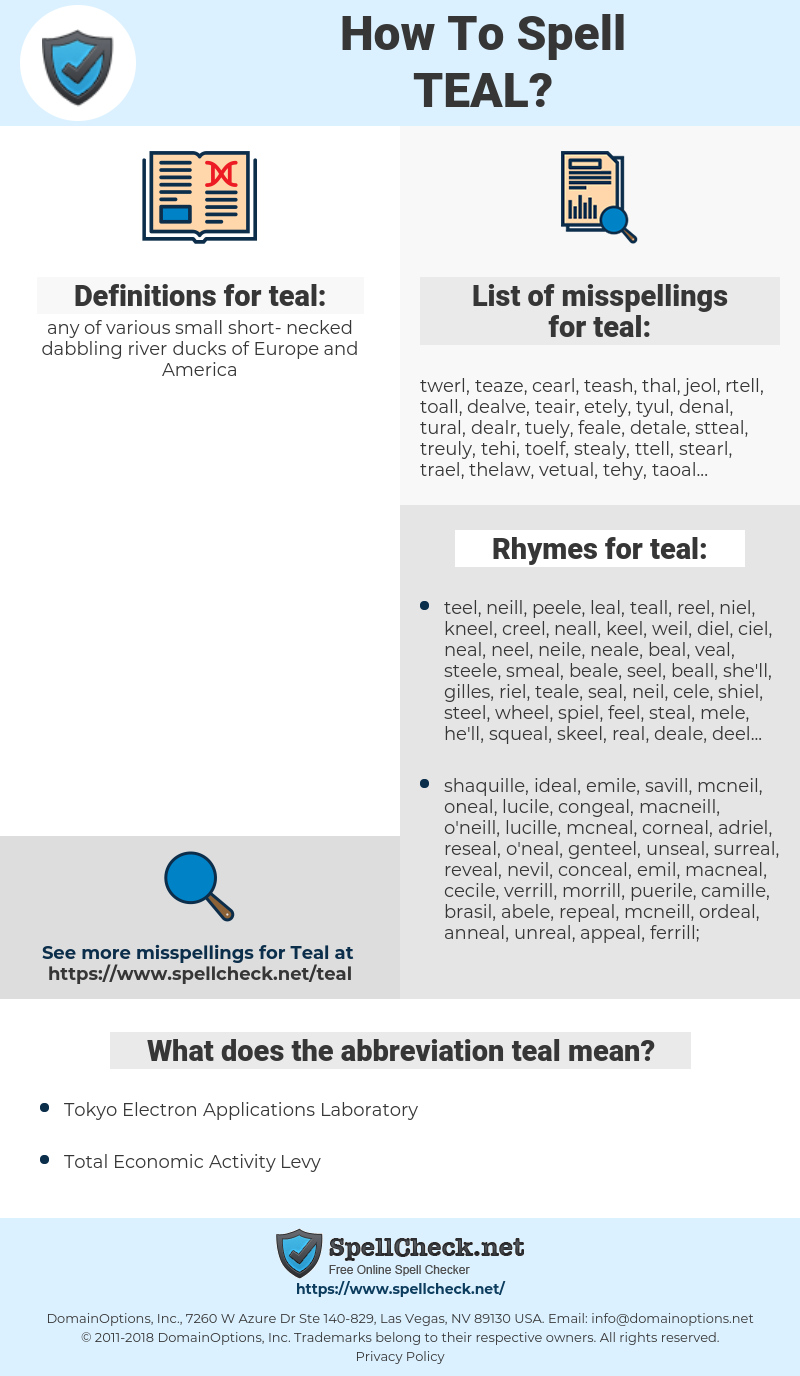