How to Pronounce toed?

What are the misspellings for toed?

Toed is an adjective used describe someone or something that has toes, or one toe in particular. It is mostly used in the context of animals, but can also be used for humans, robots, and other creatures that possess toes. For example, if someone were to say "Look at the toed cat," they would be referring to a cat with toes.

Toes are important for a number of different animals and creatures, including humans. They provide balance and stability when walking, as well as allowing creatures to grip objects and surfaces firmly.

What are similar-sounding words for toed?

Usage over time for toed:

This graph shows how "toed" have occurred between 1800 and 2008 in a corpus of English books.

18 words made out of letters TOED 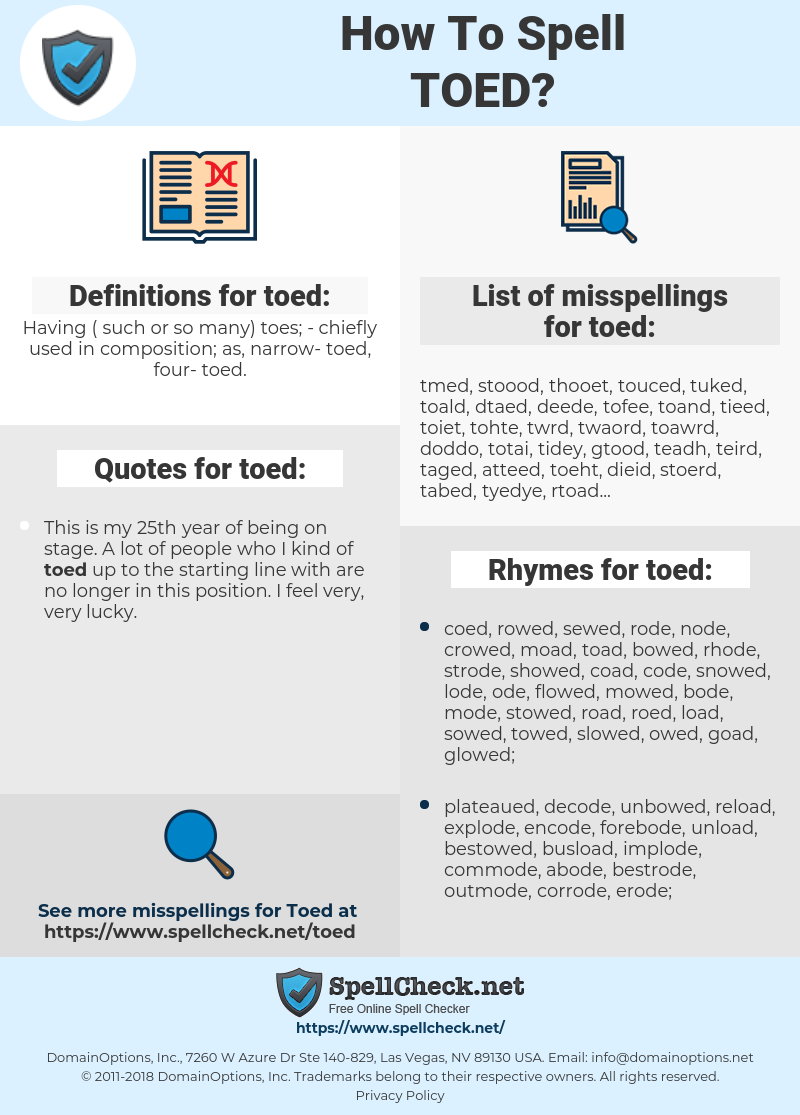